China: WHEN will it Crash?

China: Can You Time the Crash?

Notice I did not write the headline of WILL China crash, rather can you time WHEN China will crash. In a free market China would have long crashed, but China is different, and regardless of the free-hybrid-government controlled market, it will still crash. The $trillion question is though, when? 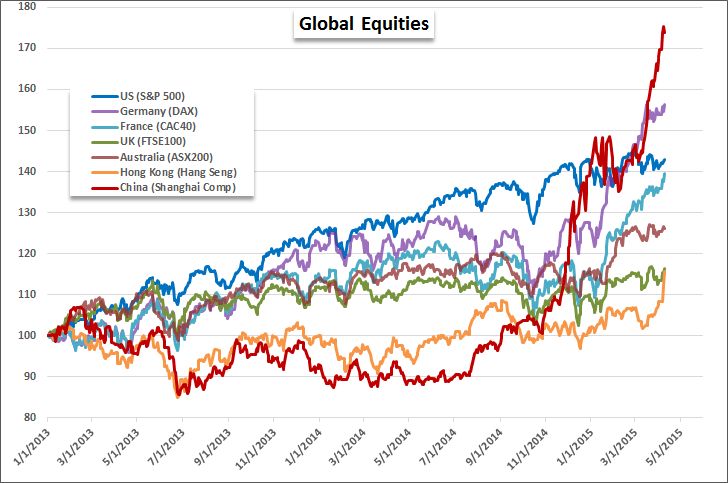 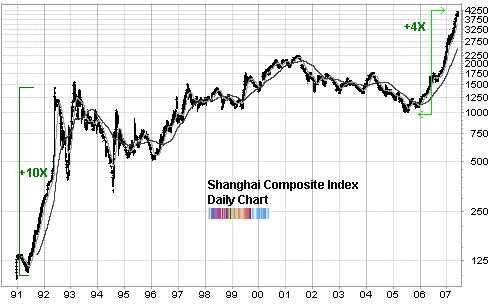 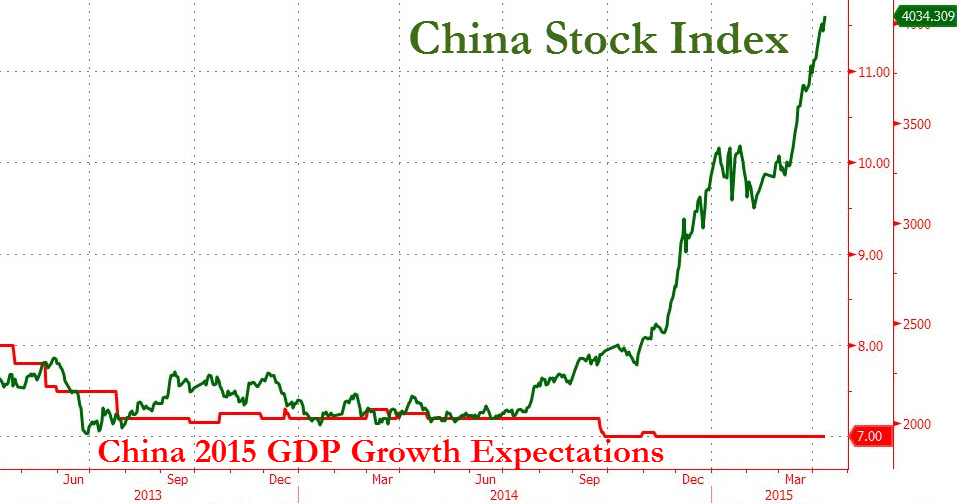 Bad Economic data keeps coming in from China, however Chinese traders just expect more stimulus to come in from the government (PBOC) to keep the markets strong and everyone happy….the only problem with this is the higher it gets the harder it falls! The China Stock Index is up a crazy 100% over the last 6 months. Does that sound like a bubble to you? As the markets climb more people are getting in and using margin debt to finance speculative gains. With China’s citizens now free to invest in the market here is the problem Can China let the market pop and force huge losses on the “new” middle class that is already feeling the pinch of the economic slowdown, or keep dumping QE money in the market to keep it going up like a rocket ship? The problem is, where does the PBOC draw the line in the sand and let the market crash to reasonable levels? Does the government let it crash here up 100% or do they let it go up 500%, or 2,000%?

As an Economist (and as anyone with common sense) I know that it is going to crash. Men have made and lost fortunes timing market crashes. You can be right or dead right when it comes to being on the short side, and with the Chinese government pulling every trick to keep the façade of a healthy economy it is going be next to impossible to time the crash.

For me China has already crashed, it has just not showed up yet in their stock prices. When the market finally realizes that the China crash is in will be felt very far from Beijing as quakes will be felt all over our new global “small world” economy.

I for one just can’t resist, and continue to short the FXI, and so far all I have done is hand over stacks of money to the longs. At this point for me I will remain short out of principal, but as Kenny Rogers said, you got to know when to hold’em and know when to fold’em, but when it comes to China unless you have deep pockets or are just as arrogant as me, it maybe best to follow Kenny’s lead and know when to not walk way, but run.